The Power of Listening 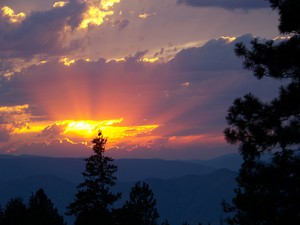 Essay: The Power Of Listening

As we spin into the next presidential election, I reflect on a few different lyrics from Stephen Stills’ song, For What It’s Worth:

Battle lines are being drawn
Nobody’s right, if everybody’s wrong

Singing songs and carrying signs
Mostly say, hooray for our side

I think we better stop
Hey, what’s that sound
Everybody look what’s going down

As was pointed out to me recently by my buddy Steve in Seattle, the word Listen is an anagram for the word Silent. This strikes me as something crucial, something that is missing in the public dialogue of late.

Dialogue as I understand it involves taking turns. One person talks, and another listens. Then the second person talks while the first person listens. Generally the dialogue goes back and forth as people endeavor not just to make a point, but to understand the point being made by the other person or party in the conversation.

So why is there so much talking and so little listening, so little reflective silence?

That’s basically rhetorical. But if you have a good answer, please feel free to let me know. I’ll start posting the answers of Face Book… where we can have an interactive “dialogue.”

How can we appeal to compassion rather than fear? How do we engage in community activism and organizing that is about building avenues of dialogue, rather than perpetuating the vitriolic, rhetorical tire-slashing that is passing itself off as civil discourse? How can artists use a less divisive approach to singing and speaking about contemporary concerns?

My friend Bill Deckhart and I were talking about this very topic last weekend at the Philadelphia Folk Festival. He began by quoting Thomas Merton. I asked Bill what he thought would be a good idea for a song, based on the materials he has been reading lately? This was his reply:

“I’ve been thinking that a song about a peace-loving patriot might be needed. Just because we want peace, doesn’t mean we don’t love America.”

Amen, Bill. Thanks. I’ll be pondering that.

In the meantime, what does solution-oriented communication look like?

Marshall Rosenberg has some great ideas in his book Non-Violent Communication (link posted below). Gandhi had some wonderful thoughts on communication as well. So did Dr. King. But it seems like we have forgotten the lessons learned in those movements. Regardless of what we are talking about, I find I am consumed with trying to figure out how to talk about it in a way that is less derisive, less about accentuating differences, and more about finding commonality.

I am disturbed by the giant shout-down that has become the modern electoral process. I wonder a great deal about how to replace the hate-fest with something more productive. I guess that is why I am still a musician, still a songwriter, and still a performer. After all these years, I still believe that music has the power to heal, the power to invoke our better natures, our compassion, and the ability to communicate actual content.

It is a harder practice than it sounds like, but it is a wonderful practice. And one I try to use every day, whether I am on the road or at home. And I say “practice,” because like yoga or meditation, our ability to listen expands with practice. And some days we are better at it than others.

My theory presently is that if we collectively spend more time listening to each other, listening to what is hopeful to each other and what is scary for each other, we will not feel the same collective need to “shout.” We will begin to trust that speaking in gentler ways will still get our point across. I know this sounds like hippy-talk to some. But I do believe that it is possible for enough people to engage in a practice of compassionate listening, that we begin to affect some actual understanding, some actual dialogue.

If there were more people listening, taking turns listening, more people being silent for a moment while others speak, could we reduce the violence in our society?

A family member of one of my neighbors was shot in TX, two weeks ago. The woman was just at the wrong place at the wrong time. She was moving her daughter into a college dorm room, and got caught in the crossfire of a random and senseless act of violence. She was hit twice, through and through by large caliber bullets. One bullet pierced both of her shoulders, shattering vertebrae, but completely missing her spinal cord. As if that were not remarkable enough, the other bullet fractured on impact and split in two. It pierced her lungs but miraculously missed her heart. She remains in critical but stable condition in TX. Luck? Guardian Angels?

What are we to make of such violence? How do we challenge it in ways that contribute to the peace, rather than the cacophony that leads to more violence? If someone had listened better, a long time ago, could such violence have been averted? Could someone have listened to a man who went on a shooting spree in Aurora, Colorado; or Milwaukee, Wisconsin; or on a college campus in Texas, and averted catastrophe?

Furthermore… How do we help lawmakers and wanna-be-elected officials understand that their language choices lead directly to violence? That the choice to polarize people in an attempt to “win, win, win,” is killing innocent people? When hateful rhetoric is unleashed over the public airwaves, why are people surprised that their words are transformed into acts of violence?

I believe that more listening is part of the solution. More listening creates an atmosphere where people have more time to say what they mean to say, and consider with greater clarity and forethought, the impact of their word choices on the people around them, or on the listening public.

I know we’re not going to change the world overnight, but starting now helps us get there sooner. Listening to friends, spouses, children, neighbors, people in church or synagogue, or at work; each of these actions could lessen the tension a little.

Imagine listening well to a coworker who is having a bad day. That person leaves work feeling a little more hopeful. As a result, they choose to listen to a music station, rather than a ranting lunatic on their radio. On the way home, someone cuts them off. Normally this would elicit shouts and middle fingers. But today, that person is so taken up with the song on the radio, they just shrug and let it pass.

A moment of violence was averted because you listened to someone. Albeit, a small moment of violence, but none-the-less, it had an impact. Your co-worker goes home, and instead of complaining to his or her partner about traffic, they come in humming a song. And then ask, “How was your day, honey?” And then they listen. The partner talks about their day, and opens up unexpectedly, because something subtle has changed in the dynamic. A person, who usually comes in the house grumpy from the commute, is now in a gentler mood. After the partner reveals a little about their day, a child comes into the room, or a neighbor knocks on the door. Attentive listening is passed on further and further, having a subtle but distinct ripple affect.

Here’s looking forward to listening to you, and you’re stories… as you have the time or inclination to share.

Hoping to see you all soon at a concert near you! 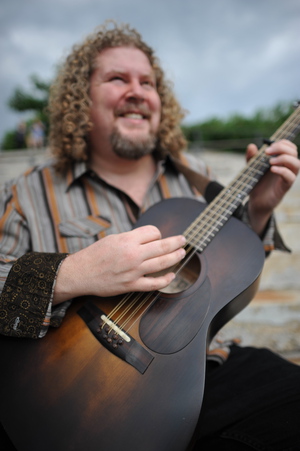 PS....
I want to tell you about an AMAZING book I have been reading called, “Revival.” The book is a new folk novel by author and music journalist Scott Alarik, and it is nothing short of BRILIANT! In this marvelous new work of fiction, Scott captures the heartbeat of the modern folk scene. With uncanny precision and wit, he brings full dimension to the communities so many of us love and devote our lives to. And there are some seriously laugh-out-loud lines throughout the story. In the way that a Steelworker or a Teacher may hear their story in one of the songs I sing, and feel somehow celebrated; Scott tells the collective story of those of us who make music, and does so in a way that is all at once, reverent, hilarious, and celebratory. Please surf on over to Scott’s site and order a copy. You won’t regret it! I’ve posted a link below, and/or you can Google the author and title. A truly fine work! Thanks Scott!