Notes From The Road: Passover People 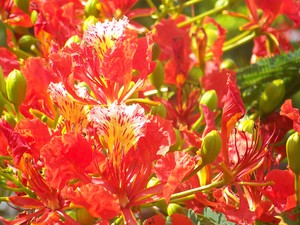 Notes From The Road: Passover People?

So it is the time of Passover. It is the time when Jewish, Christian, and other communities celebrate the liberation of the Hebrew people from bondage in Egypt, several millennia ago. And this year, Passover is meaningful to people around the world and to me personally, in new ways. It is meaningful because Passover is not just a Jewish holiday. Passover, the quintessential story in human history of a people overcoming slavery and injustice, is a story that is foundational in almost every liberation movement in the last several hundred years. Passover has become not just a celebration for Jews, but a celebration for all people who seek liberation from some oppressive force, system, institution, or personal struggle.

Passover and the deliverance of an oppressed people from their servitude, was at the center of the abolitionist movement in the United States in the mid-1800’s. And again became central in images and music of the black liberation movements of the 20th century. In fact those metaphors were central to liberation movements of all stripes. Especially the Labor movement! I mean Moses did arguably lead the largest labor walkout in history!

These same metaphors that come from Hebrew scripture are referenced in literary works throughout the western world spanning more than 2000 years; from poetry and prose, to hymns and jazz standards, from Broadway to picket lines. The story of Passover is the essential metaphorical reference point for a process of liberation.

Ironic then that once again people in Egypt, people who felt enslaved and oppressed by a government that was unresponsive to their needs, were recently delivered from that bondage. And the instrument of their release? Was it a host of plagues? Frogs, pestilence, cattle disease, blights, drought, etc? No. It was a cell phone.

Now I know that this is a very simplistic way of looking at it. It’s way more complex than that. It was not just a cell phone. It was a lot of technology, it was a commitment to democratic process, it was an army that refused to shoot it’s own people when they were peacefully assembled. It was national and international organizations on the ground as observers, reporters, and eyewitnesses to history. I mean that all could have turned out like another Tiananmen Square. But the Egyptian military refused to fire on unarmed protestors. And throughout the Middle East and North Africa, the cell phone was used to upload images, movies, videos, audio files, and stories of what was really going on. The stories that the governments wanted to hide! The truth is that people want a better and more democratic process, and they are willing to stand up for that, take risks for that, and work for it!

The cell phone helped all of that occur. And in another ironic twist, somewhat contrary to Gil Scott-Heron’s poem of the 1970’s, The Revolution was both televised and alive. It WAS broadcast, all across the world. From one website to another. From one cell phone to another, from one social networking site to another, the revolution WAS televised!!! It bypassed CNN, FOX, and all the major networks. And it was broadcast to the world, person-to-person, place-to-place, and nation-to-nation.

The journey toward freedom and self-determination is a long road. Egypt has a long way to go. SO does Wisconsin for that matter. But the revolution from Madison was also broadcast all over the world. And people who were unwilling to let a government that was supposed to represent them, walk all over them, stood up. They stood up and risked something to speak out. There were amazing images of police (who were ostensibly there to quell the uprising) munching on pizza along with protestors, joining in the celebration of democracy.

In my life, it has come home very vividly in recent months in a personal struggle. After years of carrying the burden of a tobacco addiction around, I have finally quit. As I approach 2 months smoke-free, I feel both better and worse. Physically I am getting better every day. Physically I am feeling like I have more strength, endurance, stamina, and energy. I feel less sluggish in the mornings, and I fall asleep faster at night. I get a more sound sleep every night.

Emotionally however, I have been in a harder place. But that is to be expected. Things feel tougher, more personal, sharper and harder than before. But they feel. And as I loose the chains of this most insidious and personal bondage, I taste a kind of liberation that is both welcome and scary. But isn’t that always the way? The new, the unfamiliar, the uncomfortable, can be scary. Downright terrifying at times! And yet to be Passover People is to take the bull by the horns and as my band mate Greg Greenway sings, “Do What Must Be Done!”

Perhaps there is something in your life that has been quietly knocking on the door of your psyche? Gently tugging at your consciousness, pervasively demanding your attention? Perhaps a project for a child or a spouse or partner is demanding your consideration? Perhaps the realization of some life long goal, a goal that has seems elusive and yet keeps nagging at ones consciousness? The idea of Passover is a remarkable process to me, even though I am not Jewish. It is a holiday that demands renewal. And it invites us to consider in the micro and macro, the ways in which we are called to renew.

As the spring finally emerges even in the cold places, as the fresh shoots of flowers and plants spring forth, Passover reminds us that we are always in partnership with the universe and with whatever we understand to be the divine. We are in partnership. The time for release may come, but we must seize it. The door may open by divine providence, but we should have our things packed and be ready to go. The sea may part, making a way out of no-way. But we must find the courage to walk across.

It is my hope that in this fertile and energized season of the year, that you may take the opportunity to be still, the moment of quietude when you can reflect for even a few minutes on “What Must Be Done.” And in that moment, know that if you choose to act, the universe will respond in kind, because your actions and intentions matter. And you may not change the world, or lead a people out of bondage, but you will make a difference in any way you choose to act. In any way that you choose to be alive and present in the world, that choice will have a ripple affect, and that choice will make a difference for someone.

One last thought about Madison, and pizza.

There were several pizza joints in Madison in the last few months that were receiving orders from all over the world. SO many in fact that they were unable to keep up with the demand! People from all over the world used their phones to call in orders for Pizza to be delivered to the protesters near the capital. And indeed, they paid money to Pizza parlors, trusting that the pizzas would be delivered to the protesters. And it was. For days, for weeks, orders were coming in from every continent, from people who handed their credit card numbers over to strangers and asked them to bring nourishment to those who were standing up for democracy, self-determination, and transparent government. A cell phone, and a pizza became an international tool of liberation! How awesome is that???

I will keep fighting the fight, doing the work I need to do so that I can show up in the world every day and be present and responsive. For me, right now, that involves daily awareness that tobacco is NOT my friend. But I will hold the course. I am too far along to give up now. And I want to thank you for doing the same. I want to thank you for the work that you do big and small. I want to thank you for the sacrifices you make to bring a little light into the world. It may seem insignificant at times… but the web of all life is connected. And whether you perceive those connections as more literal (as in social networks and revolutions being pod-cast) or more ethereal and spiritual, you know it is true. We are all connected. And I am so grateful that we are.