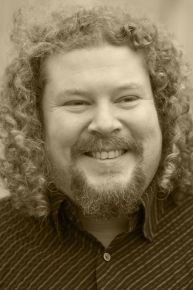 Happy spring! Flowers blooming, birds singing, sun shining… and good music happening! The trio Wictor, Jencks, & Greenway is taking off, I will be touring in the Caribbean, and playing at the Kerrville Folk Festival. Life is good!

I have been reflecting a great deal on May Day (May 1st) and it's historic and contemporary meanings. Below you will find an essay I wrote recently looking at the idea of solidarity and what that means. I hope you can find time to read it. I certainly learned a great deal researching and writing it.

In Gratitude and Song,
-Joe Jencks
:-)

May Day, May 1st has long been held as a religious and cultural holiday. Dating back to the ancient Celts and the festival of Beltane, May 1st has been celebrated as a sign of spring, a time of renewal, a time of affirming life and community. In a relatively modern context, May Day has also become an international day of working class Solidarity. In countries all over the world, May 1st is known as Labour Day. It is a time for marches, protests, celebrations and ceremonies honoring fallen workers, the power and strength of the working class, and the value of all life.

But what does solidarity mean? As a resident of Chicago, one of the birthplaces of May Day, I took a keen interest in the matter this year.

In 1885, the International Labor Congress decided that 1886 would be the year to really push the issue. So, on the Sunday before May Day, May 1st 1886, the Chicago Labor Council organized over 25,000 workers for a march through the city. On May 1st proper, nearly 40,000 workers left their jobs for the day to come celebrate and share in community. By March 2nd, that number swelled to more than 100,000.  Workers who wished to communicate through direct action that they would stand up for human, civil, and workplace rights.

Then on May 3rd, the Chicago police killed six peaceful strikers. On May 4th, thousands of workers gathered in protest at Haymarket Square in Chicago. Amidst the presentation of numerous speeches, uproarious applause and cheers from the gathered crowd, the local and state police, the Pinkertons (private security forces), and some federal agents gathered to disband the protestors. At some point during the rally, a primitive pipe bomb was thrown at the police. Immediately the assembled law enforcement began to open fire on the crowd, and untold numbers were killed. Varying accounts suggest around six officers were killed, and more than seventy were wounded. Most of them by their own cross fire. No accounting has ever been verified of how many workers were killed, but it is speculated to be from about 8 to a couple dozen. Hundreds were badly wounded, and some were even trampled to death while trying to escape the hail of bullets that ensued.

In the bloody aftermath, nine men were arrested and charged with conspiracy and murder. They were tried for their political beliefs, not for any evidence actually linking them to the bomb. Indeed, local newspapers insinuated that it could even have been an agent provocateur from the police who threw the bomb. Five of these men were eventually executed, one committed suicide in prison, and 3 were pardoned in 1893. But there was never any clear link between the men and the instigation of violence on that fateful and bloody day. Indeed, early forensic efforts determined that most of the officers and nearly all of the civilians who were killed or wounded that day were killed by police who panicked and shot without regard into the mass of people.

In the wake of this tragedy, the next International Labour Congress decided to honor these fallen workers on May 1st of the following year. Demonstrations were held all over the world, and by 1890, May Day had become a global day of solidarity in remembrance all workers who suffered and died under oppressive economic and social systems all over the world.

Many countries, over the course of the next 30 years, declared May 1st to be Labour Day.  In the US however, President Cleveland defied the working class movement by officially declaring a workers holiday as the first Monday in September. He feared that having the US Labor day on May 1st would lend credibility to workers movements, and place attention on the remembrance of the massacre. He intentionally deterred the observance of May Day as a workers celebration. Likewise the Canadian government fell in with the US in support of a September Labor Day. At the time, labour organizing was illegal in Canada.

Arise, ye prisoners of starvation!
Arise, ye toilers of the earth!
For justice thunders condemnation
A better world's in birth!
No more tradition's chains shall bind us,
Arise you toilers, no more in thrall!
The earth shall rise on new foundations
We have been naught, we shall be all!
So comrades come rally,
And the last fight let us face
The international, Unites the human race

Tough and rousing words! This movement gave birth to The American Federation of Labor, the Congress of Industrial Organizations, and the IWW - The Industrial Workers of the World. Their motto was "One Big Union." Their philosophy was that if all workers in all industries belonged to one big union, then general strikes were possible. There was a belief that the segregation of the workforce into trade specific unions and guilds was just another way of robbing power from the working class. The IWW had a songbook. And they were clear about their intent. The songbook was titled, "Songs To Fan The Flames Of Discontent!"

And yet, from this tumultuous soil, sprang trees that bore fruit. The eight-hour day was adopted, workplace safety standards were created, child labor was banned, minimum wage standards were set, pension and social security plans were set up. Health care and education expanded and workers in industrialized nations began to experience more civil and workplace rights then ever before. But these rights were not given. They were fought and paid for by the blood and sacrifice of workers around the world. Whether in the mine, the mill, the assembly line, the fields and factories or the battlefields of war, workers put their lives on the line to stand up for their dignity and human rights. They stood up for each other in Solidarity. And this Solidarity changed the face of the world.

A high price was paid, but progress was made. Some heroes of this movement remain iconic. Eugene Debs, Mother Jones, Joe Hill, and Elizabeth Gurley Flynn, just to name a few.

The ideological machinery of industry, capital, and state would have us believe that these civil and workplace rights were given to us by benevolent and enlightened rulers. But in fact, governments gave in on demands only to quiet workers and get them back to work. A concerted study of history that includes an honest working-class perspective can come to no other conclusion in my opinion.  I recommend reading a few books for more information. Among them are "Lies My Teacher Told Me," by James Loewen, and "A People's History Of The United States," by Howard Zinn.

In the mid 1950s, in the wake of the 2nd "Red Scare" and McCarthyism, May Day was declared by the US Congress to be Loyalty Day: A time for Americans to reaffirm their loyalty to the United States and its devotion to freedom. This brings to mind the cafeteria of the US Congress officially changing the French Fries to Freedom Fries. Ludicrous! Loyalty oaths via lunch purchase. At every step of the way, the US government has taken steps to segregate workers of different skill levels and races. But solidarity is the key. And solidarity is what ultimately brought about all of the meaningful change in this country; workers of varying grades, skill levels, race and gender standing with each other. Women and men alike, standing for Women's suffrage! And people of every color, standing up for civil rights!

The AFL-CIO got behind Martin Luther King in a big way contributing millions of dollars into the campaign. MLK was dangerous to the status quo as a racial leader. But from 1965 to 1968, MLK advocated tirelessly for interracial working class solidarity. In his campaign to end poverty, he advocated that workers of all races to come together in solidarity. Here are some of his words on the subject:

"I look forward confidently to the day when all who work for a living will be one with no thought to their separateness as Negroes, Jews, Italians or any other distinctions. This will be the day when we bring into full realization the American dream—a dream yet unfulfilled. A dream of equality of opportunity, of privilege and property widely distributed; a dream of a land where men will not take necessities from the many to give luxuries to the few; a dream of a land where men will not argue that the color of a man's skin determines the content of his character; a dream of a nation where all our gifts and resources are held not for ourselves alone, but as instruments of service for the rest of humanity; the dream of a country where every man will respect the dignity and worth of the human personality. That is the dream..."
- Rev. Dr. Martin Luther King Jr.  AFL-CIO Convention, December 1961

Let's carry the dream forward. In this divided climate, lets us seek to be in solidarity with our neighbors and community, even when we may disagree. Solidarity is not just a noun. It is not just a thing. Solidarity is a verb. It is an action. It is a doing. So, let Solidarity be how we live, and how we engage in the work and conversations of transformation! This world belongs to all of us, and we have a vested stake in carrying it forward with humility and integrity.  And may we do so with civility, devotion and compassion.